(No particular order, but organized by study site location) 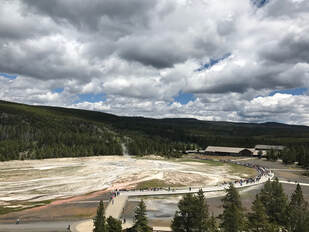 Old Faithful Area in Yellowstone National Park
In the Fall of 2019, Dr Evan Bredeweg (postdoc in our lab) and I were awarded one of three National Park Foundation Science Fellowships to explore a current, managerial relevant social science issue facing U.S. National Parks. Our work will be examining how recreation-related infrastructure (such as roads and trails) impacts habitat connectivity and results in habitat fragmentation in Rocky Mountain and Yellowstone National Parks. We will be looking at these potential impacts at the scale of the entire protected area and helping managers prioritize management actions and understand the pattern of recreation use across the landscape. This project is in it's early stages, is on-going, and findings are forthcoming. 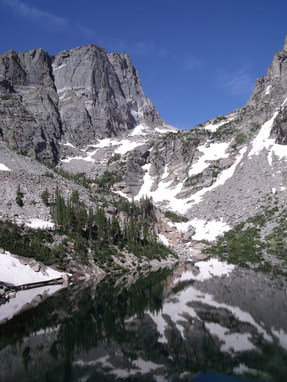 ​Key Findings from M.S. work:
Project 2:  During the Summer of 2015, I was able to go back to the Bear Lake Road Corridor and reexamine some of the areas that were mapped for resource impacts. Since the first study during my M.S. a new recreation activity became incredibly popular very quickly in the Bear Lake Road Corridor; bouldering. Bouldering inherently often requires off-trail travel and the use of crash-pads often causes vegetation damage around the base of climbs. This new project, mapped resource impacts specifically associated with bouldering activities and compared the level of impact observed in 2015 to the level of impact observed and measured in these same areas during my M.S. (2008/2009). 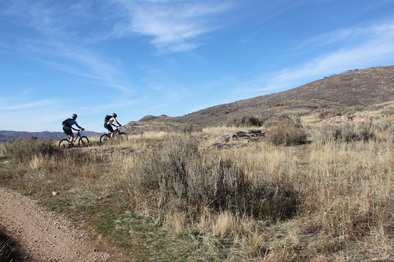 Mountain bikers on Swaner Nature Preserve trails
In winter of 2010, the Swaner EcoCenter and Preserve - located in Park City, Utah - was gifted to Utah State University.  Having never been associated with a university, the Swaner Preserve was lacking the resources to conduct basic inventories of their trail system and trail users.  As such, from summer 2010 to summer 2011, I conducted a small project on the Swaner Preserve examining current trail conditions, levels of visitor use, and basic visitor demographics and user types. Some of the results from the study were used to inform new signage and an interpretive plan for the Swaner Preserve. 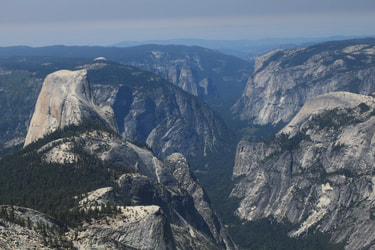 Half Dome and El Cap as viewed from Cloud's Rest
In the Fall of 2011, I helped to design and execute a GPS-based tracking study of visitor use in Yosemite National Park. Yosemite Valley is home to a series of beautiful and ecologically sensitive meadows. In Yosemite NP, I was interested in learning how visitors were using two meadows and understanding the level of sensitivity of meadow and forest ground cover species to trampling. In both meadows were GPS tracked visitors who were using the meadows. In a nearby meadow, I conducted an experimental trampling study to help managers understand how the meadow plants in Yosemite NP may respond to being trampled on by visitors. 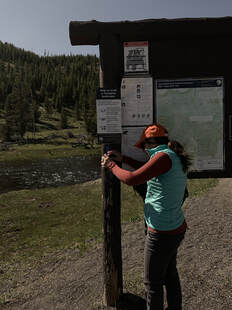 PhD student, Susie Sidder, participating in pilot repeat photography study in Yellowstone National Park.
During the summer of 2017, I assisted Yellowstone National Park in developing protocols to monitor visitor use that would be appropriate for data collection by Youth Conservation Corps (YCC) groups. The YCC Crews worked at a number of popular destinations in Yellowstone. The project was a huge success in the first year, with the YCC collecting high quality data on visitor use. Due to the success of the first year, this project is on-going through 2018 & 2019. After three years of monitoring data, we are hoping to be able to evaluate visitor use trends at the sites where the YCC crews have been working. In 2018 and 2019, we are also pilot testing a citizen science monitoring program using repeat photography stations set-up throughout Yellowstone NP. PhD student Susie Sidder has been taking the leader on the repeat photography component of the project. The purpose of the project is to use crowd-sourced photos to monitor change over time in Yellowstone. Findings from these two projects are forthcoming. 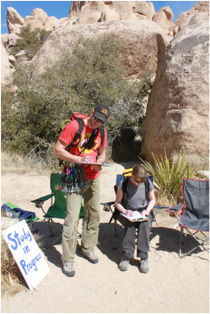 Climbers taking my survey
In 2011 I was awarded a Robert Lee Graduate Student Research Grant from Joshua Tree National Park. Joshua Tree NP is a desert park located in southeastern California (near Palm Springs). Joshua Tree NP has become an extremely popular climbing destination but also has a variety of hiking and nature trails. The project I proposed was purely social science and examined climber and hiker perceptions of ecological resource conditions at popular locations within Joshua Tree National Park. Additionally, I asked visitors about various characteristics, such as experience in and knowledge of Joshua Tree NP, to see if those characteristics influenced their perceptions. 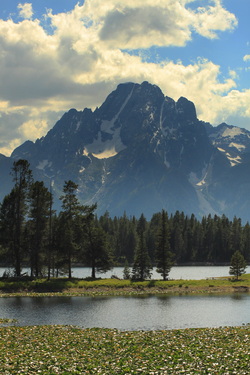 Heron Lake and the Teton Mountains
​Project 1: During 2013 and 2014, I managed a project in Grand Teton National Park in Wyoming. This large and interdisciplinary project examined visitor use along the Moose-Wilson Road corridor in the park. The study consisted of GPS tracking of hikers, cars, and bicycles during their visitor to the road corridor and involved mapping resource-related impacts resulting from visitor-created parking areas. In order to measure overall use in the corridor, traffic counting and monitoring techniques were also utilized in the Moose-Wilson Corridor. This project included a collaborative aspect with Penn State University. A social science survey, designed by Penn State, was paired with GPS-tracking methods in an attempt to combine visitor motivations and benefits with visitor behavior.

Key Findings:
Project 2:  Rapid, increasing use in a recreation system that has not had that level of use in the past is often a concern for park managers. This is what has happened at Leigh and String Lakes (within recommended Wilderness) in Grand Teton National Park. During the summer of 2016 - with collaborators from Utah State and Penn State - I began a study examining visitor use and resource impacts at String and Leigh Lakes. The study includes visitor surveys, GPS-based tracking, observational techniques, transportation measures, and mapped resource impacts in the area. This is a multi-year project that will continue into 2019. Research findings are forthcoming. 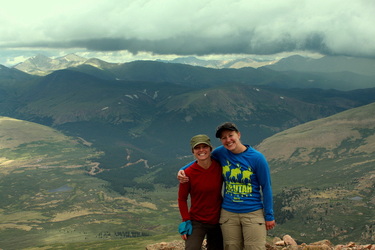 Me and my field tech, Annie, on the summit of Mt. Bierstadt
During the summer of 2012, I worked on my first project with the USDA Forest Service. The Arapaho-Roosevelt National Forest in Colorado contains two very easily accessed 14,000+ peaks; Mt. Bierstadt and Mt. Evans. Due to the increasing popularity of hiking 14'ers, unattended parking and crowding has become an issue at these popular peaks. An alternative transportation study was conducted in the national forests and I was in charge of examining the existing ecological impacts from visitor use found at Mt. Bierstadt and Mt. Evans. 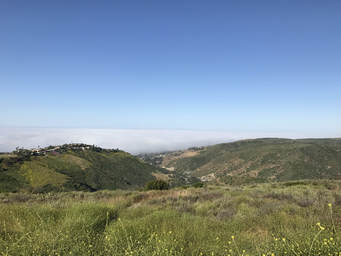 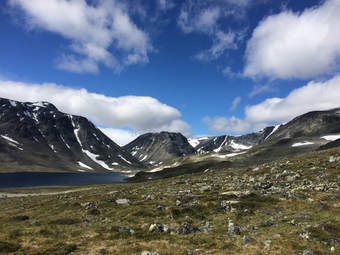 Jotunheimen National Park, Norway
During my postdoc at Utah State, I was fortune to be able to travel to Norway and collaborate with individuals at the University of Tromso. Cultural ecosystems services, such a plants that bear edible fruit (cloud berries, blue berries, etc.), are an important ecosystem service to residents of Norway. National parks are locations that provide both cultural ecosystems services and recreation opportunities to visitors. My project examines the overlap of cultural ecosystem services and recreation disturbances in Jotunheimen National Park - one of the most popular national parks in Norway. This research is on-going and results are forth-coming.